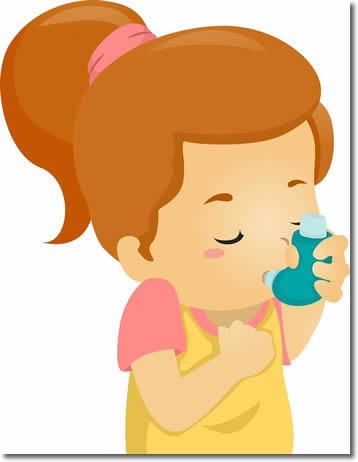 ‘The Buteyko Technique’ is used primarily for asthma patients but I have found it very helpful for treating nervous coughs, sleep apnea, and in some cases snoring. Many problems are associated with incorrect breathing habits.

As regards asthma; Britain has one of the highest numbers of asthma sufferers in Europe. One hundred years ago there were no recorded deaths due to asthma, now there are over 2000 per year. Age is no barrier to asthma; children are being diagnosed as young as 18 months.

The reason for the increase in numbers of sufferers and deaths is unclear. Two schools of thought are: pollution and the over prescribing of bronchodilators and inhaled steroids, but nothing is clear, except the awful feeling of helplessness when experiencing this condition.

Until now, drugs were the only help asthma sufferers had. But now help is becoming widely available from a Complementary Therapy called ‘The Buteyko Technique’ It’s a revolutionary treatment that works alongside conventional drug based treatments. It’s based on the fact that asthma sufferers breathe through their mouths, not through their noses. This causes cold, unfiltered, unsterilised air to hit already damaged bronchial tubes, provoking an asthma attack. It’s not only cold unfiltered air that can trigger an attack; airborne allergens such as pet hair, dust mites etc; even food allergies can start that cycle of the feeling of tightness, the feeling of air starvation, the coughing and panic and the helplessness.

‘The Buteyko Technique’ trains sufferers to breathe correctly through their noses, plus how to differentiate between the feeling of panic due to a potential attack and a ‘true’ asthma attack, which when learnt, breaks that circle of ‘mouth breathing - hyperventilation – asthma attack’. There are no drugs involved in the treatment, which is its inherent safety, only regular daily simple breathing exercises during your training. Once the training is established (usually about 5 sessions) * it can considerably reduce your dependence on drugs, it can turn your life around and is an ‘asthma first aid kit’ for life

It is not a cure for asthma, to date there is no cure, * but a control, enabling patients to reduce their use of bronchodilators, such as Ventolin, by up to 90% (in actual practice this is often 100%) but I ALWAYS advise clients to carry their bronchodilators with them as usual, even if they never have to use them again for the rest of their lives. There is often a reduction of inhaled steroids (STRICTLY under GP supervision) by up to 46%. I have helped asthma patients enjoy active physical exercise, which had not been possible before and even to visit friends who had pets.

As a qualified ‘BUTEYKO PRACTITIONER', I am committed to supporting you and guiding you through the various stages of ‘Breath Retraining’ as well as helping you become aware of the various triggers linked to asthma which you may not be aware of.

It is suitable for all ages, I have personally taught children from the age of 7 to older people of 85 years plus. One older person recently told me ‘You have saved my life’. She was actually able to climb her stairs which she had not been able to do for several years, after just 3 sessions. I have taught the parents of very young children the principles of ‘The Buteyko Technique’ and shown them ways in which they may be able to help and calm young ones therefore preventing the possibility of panicking and bringing on a full attack.

‘The Buteyko Technique’ is a Holistic Therapy in the sense that it tries to take into account all aspects of an individual’s age, physical and mental condition within the context of their lifestyle, environment and diet. Its fundamental aim is to improve the quality of life of those suffering from asthma; therefore treatment is guided by the clients’ own aims. As in all things, progress is only attained by the commitment of the client, a commitment to do their simple breathing exercises regularly throughout their course.

Buteyko works entirely consistently with the BTW/SIGN guidelines. No advice is given regarding stepping up or down preventer medications, these decisions are referred back to the GP.

Don't wait, call NOW  to book an appointment to find the answer to your problem.

For more information about Buteyko please visit their website